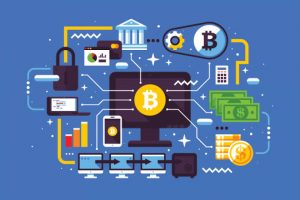 When a new technology Innovation comes to place, people do wonders what good can they be to humanity, are you one of these that have been wondering what is the use case for blockchain technology?.

Search no more as you will now understand what blockchain technology is and its important use case.

WHAT IS BLOCKCHAIN TECHNOLOGY.

Blockchain technology is a decentralized, distributed, and oftentimes public, digital ledger consisting of records called blocks that are used to record transportations across many computers so that any involved block cannot be altered retroactively, without the alternation of all subsequent blocks, according to Wikipedia.

In other words, a blockchain cannot be hack scammers because, due to the intact with multiple blocks to formed openness, permissionless between peer-peer users.

Smart contracts which are also built-in blockchains make transactions to be truthful. One thing about the smart contract is that once data is recorded inside a blockchain, it is very difficult to manipulate or change it.

WHY DID WE NEED BLOCKCHAIN TECHNOLOGY.

the era of switching into blockchain technology is here, it’s important we know how blockchain can impact our daily living. let’s get to why we need it.

With the help of cryptography, blockchain can add a layer of security to the data is stored on the block network to make it secure and truthful. cryptography utilized complex mathematical algorithms that are used to secure the data and systems on the blockchain network.

Imagine using blockchain technology to conduct election voting, the system will be open to the public to see what is happening.

Due to its nature, companies can also leverage public blockchain to ensure that the end-user can interact with the processes with full or partial transparency.

Blockchain with its openness to everyone and the cryptography that it is built with, is hard to see fraud occurring in the network.

The information and data that is going on in the block network are seen by everyone and the concept of losses due to fraud or embezzlement.

Blockchain technology has made Life on the internet easier for users because there is no law or regulations from the government or third-party.

Blockchain allows peer – peer to collaborate in transactions directly with each other without the need for mediating on third-party intermediary or government. 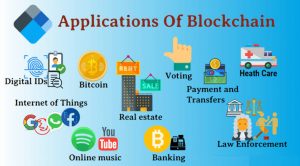 Cryptography makes it possible for digital data to be shared and authenticated such as Hastings function, digital signatures, and zero-knowledge proof, and any document can be converted to a hash, which is a long string of letters and numbers.

When a file is recorded into the blockchain, the nodes that maintain the network make it original and genuine.

As blockchain has gained popularity in society, large companies and startup business has started to explore blockchain supply chain to record price, date, location, quality, certification, and other relevant information to manage the supply chain.

Product owners can adopt blockchain to protect their copyright-like music files and other copyright-protected content from illegal sharing.

Let take for instance, in the case of NFT royalty is automatically issued when the art is shared or resold because it has a smart contract.

Blockchain technology provides traceability, security, and decentralization when dealing with data around food.

Voters can submit their voting without revealing their sex, tribe, identity, political preference to the public and the electoral commission can count votes with absolute certainty, knowing that each ID can be attributed to one vote, no fakes can be created, and that tampering is impossible.

Blockchain inherited system of trust makes it the ideal technology for real estate. real estate companies all over the world can use blockchain smart contract and ledger abilities to transparency and efficiently facilitate renting, buying, investing, and lending.

Blockchain technology when used in health help ease electronic health records ( EHRs), while also putting additional power back in the hands of the patients.

The inherently decentralized nature of blockchain technology has several applications, of which cyber security should be explored.

Blockchain is made up of multiple network nodes which automatically cross-reference each other.

Blockchain technology will be a great advantage to the government if they legally embrace its innovation.

Government can secure the storage of government data, citizens, and business data on the blockchain which reduce intensive process and make the government more truthful.

Large business companies are working on the uses of IoT and blockchain together by making IoT-enabled vehicles responsible for tracking shipments.

The combination of blockchain
and IoT could improve the reliability and traceability of the network.

IoT sensors could provide crucial information about the shipment status.

The use case of blockchain can be completed without the inclusion of what it has done to finance through the introduction of the first cryptocurrency Bitcoin.

Blockchain technology has sharpened the way the world could look at money as decentralized while making you total control of it.

Cryptocurrency can be used to purchase goods, pay for service, lend to earn money on Defi and also own it as assets.

Blockchain technology has come to a vital role in every man’s life. Since the introduction of Bitcoin which brought more awareness to the promising innovation of blockchain, other sectors have explored it, and it that it is slowing any time soon.

Our vision is to bring crypto and blockchain industry education to people in a simplified way.
+234 (0) 708 744 7145
info@cryptospace.academy